This EMN study maps the progress made by EU Member States and Norway in 2019 in the implementation of the recommended actions of the European Commissin (EC) on the protection of children in migration. The study provides insight into the progress made in the implementation of the recommendations laid down in the 2017 Commission Communication of 2017. In a supplementary benchmark EMN Netherlands compares the Dutch study results with those of other Member States ) and Norway. What are the most relevant similarities and differences?

The scope of this study is limited to migrant children in the categories set out in the 2017 Communication: 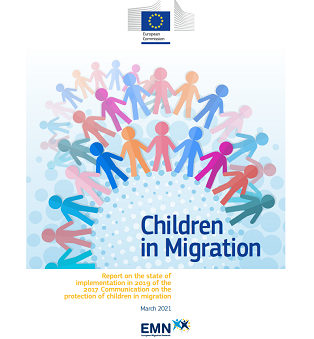 There is a distinction between the latter two categories but they may overlap and the terms may be used interchangeably (e.g. in Finland, an asylum-seeking child accompanied by other adult family members is considered an unaccompanied minor).

The Report reflects the legislation, policies and practices in place in Member States and Norway from 1 January to 31 December 2019.